Bachelor of Science (Honours) in Economics and Politics 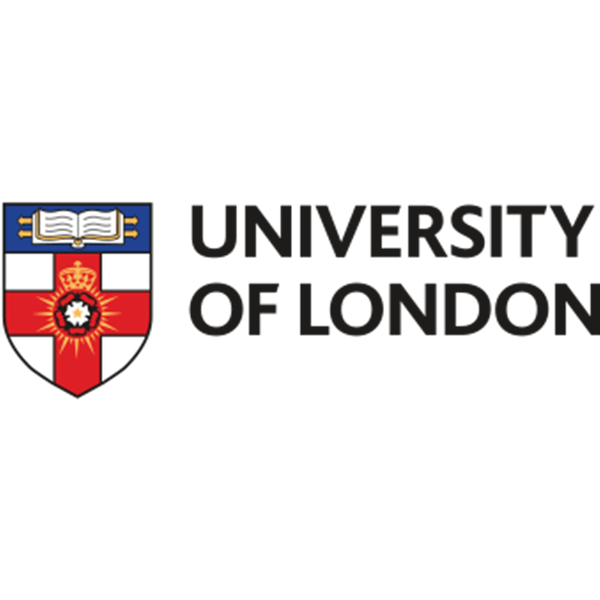 Bachelor of Science (Honours) in Economics and Politics, University of London

Awarded & Developed by: University of London, UK and Developed by the Member Institution, London School of Economics and Political Science, UK

The world is flat and we’re all backyard neighbours, whether we’re in Beijing or Brooklyn or Bedok. When economic growth was climbing in China, property prices in Singapore went up. When the US presidential election is around the corner, criticisms on China surge. When Britain left the European Union, decision efficiency in the EU improved in leaps and bounds.

This programme builds on core economic theories and important concepts of modern political thought. It develops your intellectual capacity to understand the world in political and economic terms. Emphasis is on microeconomics, macroeconomics, understanding the state of democracy, and the democratic process. You will learn the rigorous process of conducting economic analysis at micro, macro and international level. In addition, you will be exposed to the debates in comparative politics and their social-economic impact. 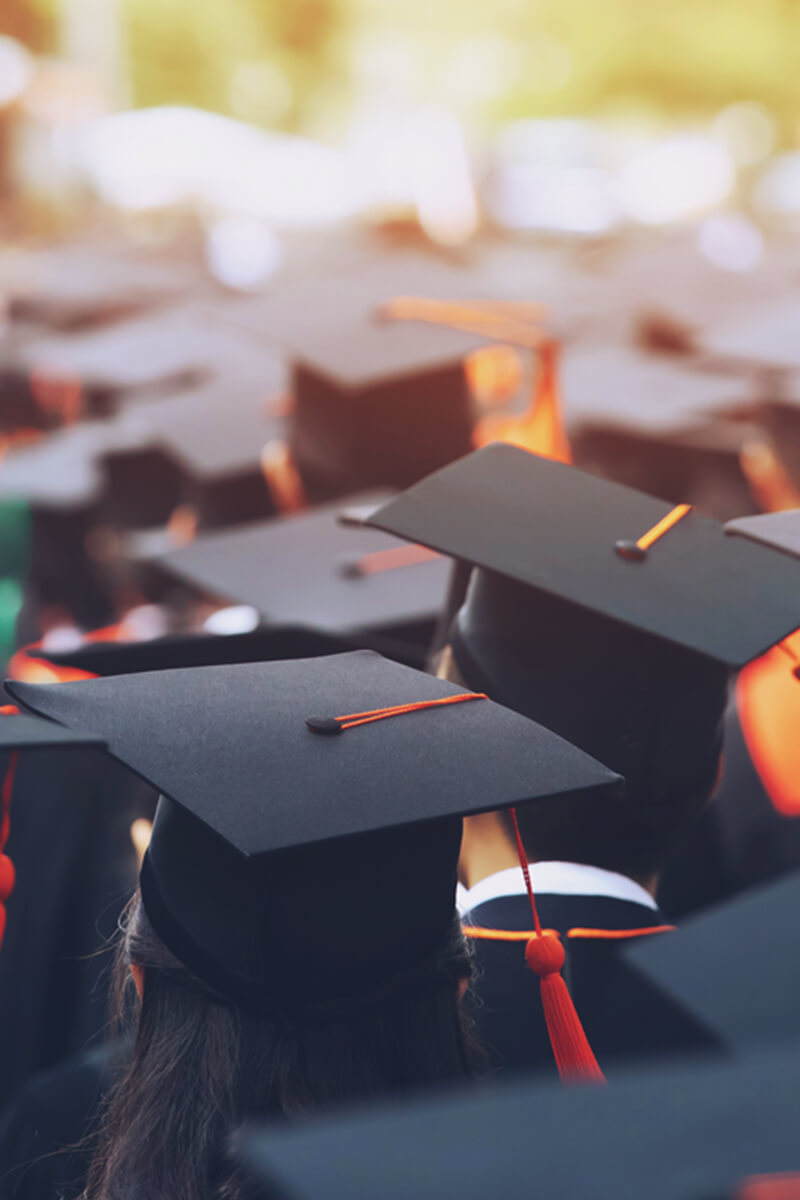 Upon successful completion of this programme, you will be able to:

Graduates may progress to postgraduate studies either locally or overseas.

A considerable number of alumni either went on to study locally at the S. Rajaratnam School of International Studies (RSIS), Lee Kuan Yew School of Public Policy (LKYSPP) or overseas at the
London School of Economics and Political Science (LSE).

This programme is suitable for those who wish to pursue a career in an NGO, government, international business or research, especially where cross-cultural sensitivity is crucial.

*Based on the SIM Graduate Employment Survey 2021/22 conducted by Media Research Consultants on the 2021 cohort of graduates from the full-time Bachelor degree programmes, approximately 6 months after completing their studies. The overall employment rate includes graduates in both full-time and part-time employment.

Hear from our students

A Summer To Remember

University of London (UOL) students - Andrew Lee, Khairul Hafiz, Ruchira Nikam, Vishakha Raj and Suh Jungmin - studying at the Singapore Institute of Management (SIM), share their unforgettable experiences at the LSE Summer School 2022. 60 SIM-UOL students thronged the campus in London for three weeks and more. In fact, 25 spent six weeks (two sessions) and four spent nine weeks (three sessions). The icing on the cake was LSE’s announcement that they would allow named credit transfer and half credit transfer, much to the delight of students.

Why study at SIM x University of London

SIM is the leading private education institution in Singapore.

Excellent value with lower tuition costs in SIM, with opportunities for overseas exchange.

Curriculum is by LSE, 1st in Europe in the 2022 QS World University by Subject Ranking for Social Sciences and Management.

*The candidature period may be extended by the University on a case-by-case basis.

No refund or recourse should student fail to complete within the maximum period.

At SIM, students who are academically weak and find it difficult to progress or complete the programme within the minimum duration will receive counselling.

SIM reserves the right to recommend and withdraw a student who cannot cope with the demands of the programme, especially when the student’s pass has expired.

Note:
# EC1002 Introduction to Economics must be taken after or at the same time as MT105A Mathematics 1 and ST104A Statistics 1

Notes:
Due to the pre-requisites, the Graduate Entry Route of nine modules can only be completed over three years and not two.
# EC1002 Introduction to Economics must be taken after or at the same time as MT105A Mathematics 1 and ST104A Statistics 1 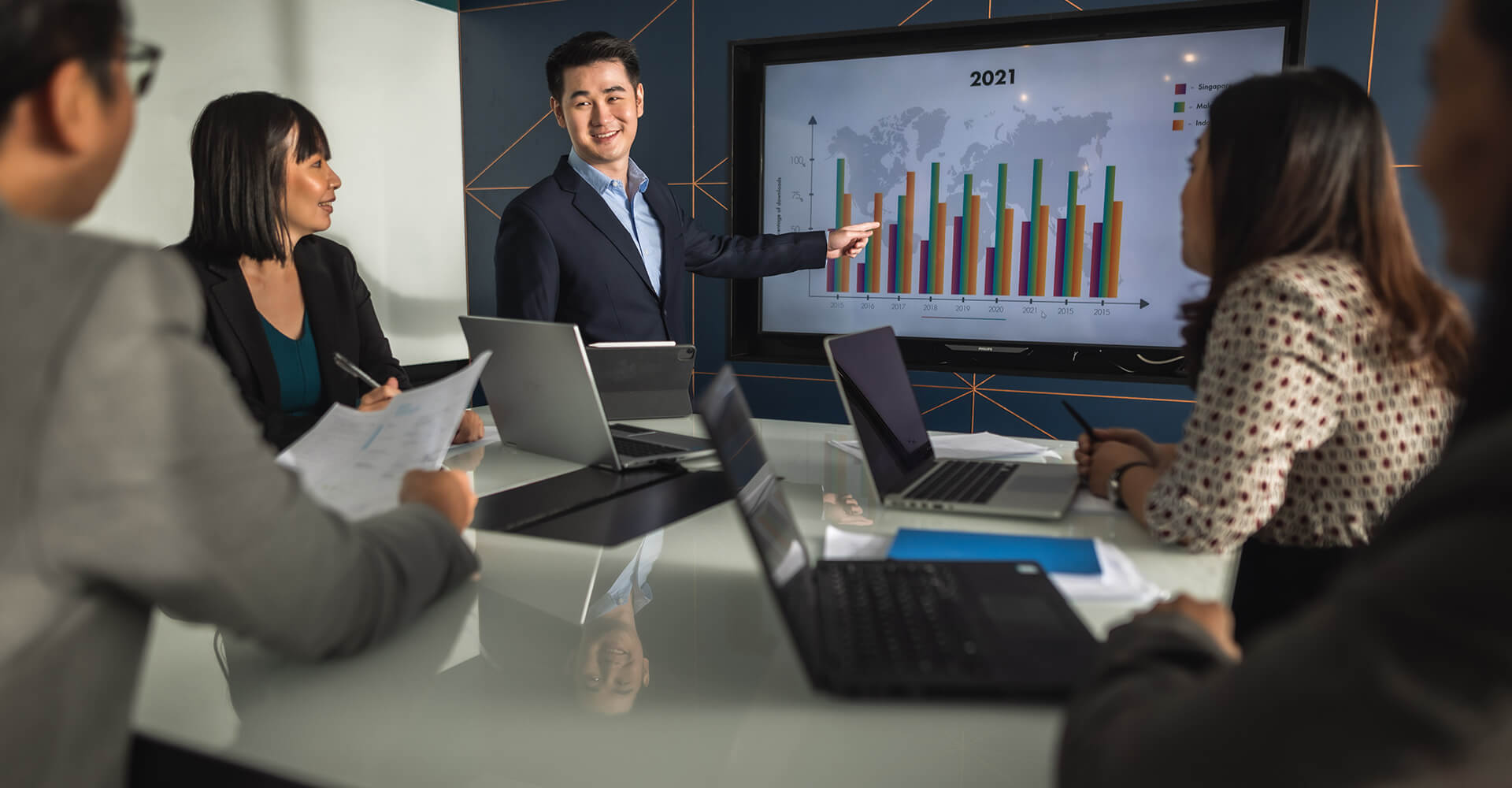 The following qualifications* meet GER for admission into Year 1:

View the University of London Prospectus.

*All listings are not exhaustive and they are subject to annual revision.

Alternatively, candidates should have one of the following qualifications:

Candidates may also take a Test of Proficiency to meet the English Language course requirement, provided they have been awarded within the past three years.

Recognition of Prior Learning (RPL)

RPL is the recognition of previously acquired learning which may be awarded if you have previously studied a similar module in the same depth, and you achieved good marks in the corresponding examination. A student who is awarded RPL for a specific module is considered to be exempted from the module.

You would need to complete all coursework and assessment for your Polytechnic or SIM Diploma before you embark on the bridging course. The qualification must have been obtained within the five years preceding the application for RPL.

Applicants for the Bachelor of Science (Honours) in Economics and Politics are NOT recommended to apply for RPL as completing the EC1002 Introduction to Economics and MT105A Mathematics 1 (half course) will help prepare students for the rigor of advanced economics, where appropriate.

For more information on RPL, visit the UOL website.

All bridging courses are developed and awarded by the Singapore Institute of Management Pte Ltd, Singapore. There will be only one intake per year.

The two-month intensive bridging EMA course via either face-to-face or blended learning is targeted at business-related diploma holders intending to study for a UOL degree in an accelerated mode.

Depending on the applicant’s prior academic background and the University of London academic credit exemption system, they are allowed to study up to two modules. It will either be a combination of Mathematics with Economics or Mathematics with Accounting.

Mathematics and Economics bundled classes start in June and are available in both full-time and part-time options.

Bridging courses and their corresponding RPL: 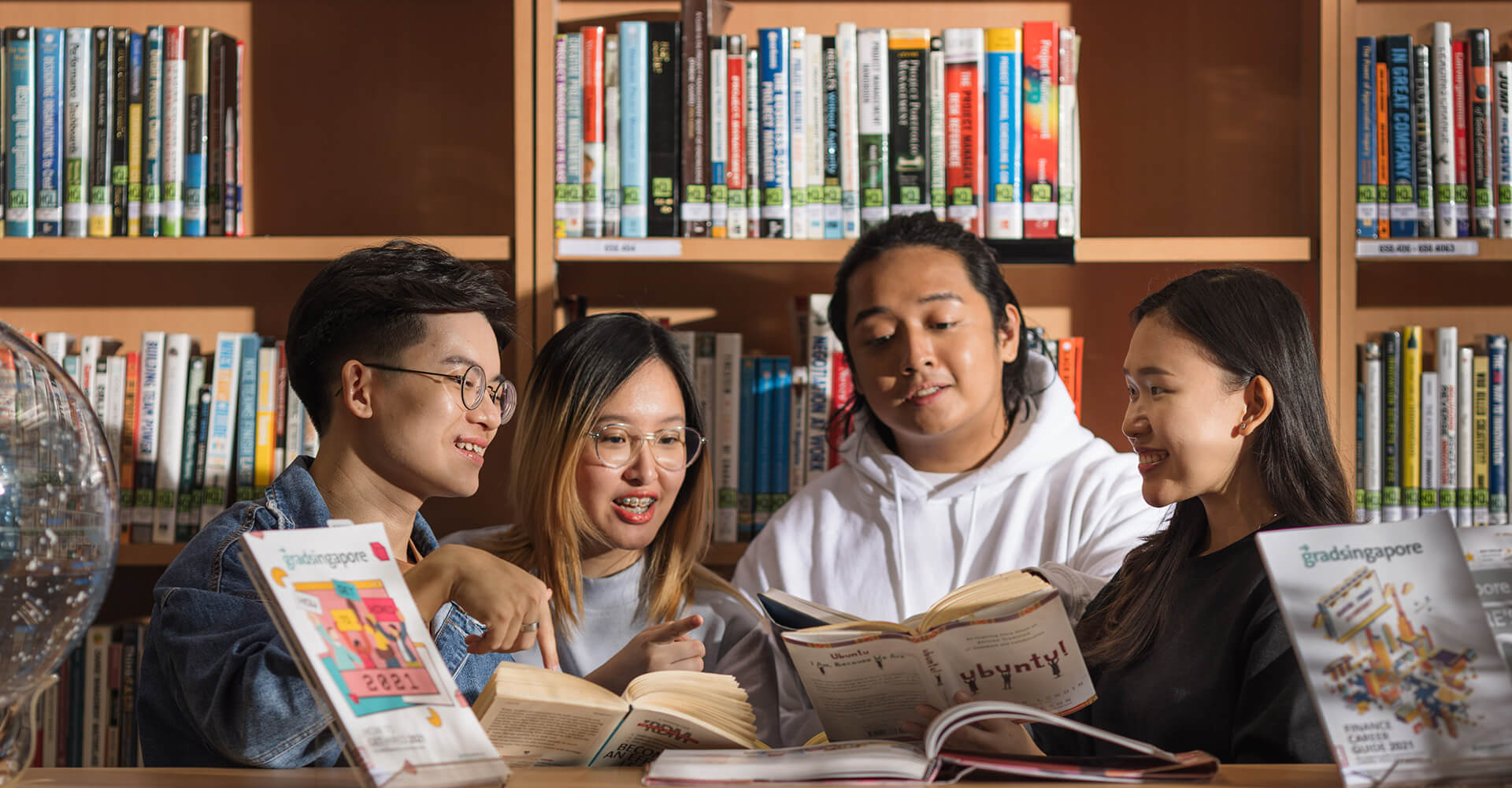 All fees inclusive of current 8% GST (exclude textbooks / course materials). Fees will be subject to revised GST of 9% effective on 1 Jan 2024.

Payment to SIM can be made through SIMConnect using Credit Card (Visa or Master), PayNow, eNETS, and OCBC Interest-free Instalment Plan (min. S$500).

Additional UOL and SIM fees apply for those who repeat/resit the coursework/exam and also for those who extend their registration with the University.

*These are estimated amounts as UOL and RELC fees are subject to exchange rate fluctuations, Singapore taxation and annual increase.
** The UOL examination fee is payable in S$ to the RELC Examinations Bureau and subject to yearly increase.

Additional UOL and SIM fees apply for those who repeat/resit the coursework/exam and also for those who extend their registration with the University.

*These are estimated amounts as UOL and RELC fees are subject to exchange rate fluctuations, Singapore taxation and annual increase.
** The UOL examination fee is payable in S$ to the RELC Examinations Bureau and subject to yearly increase.

All fees inclusive of prevailing GST. 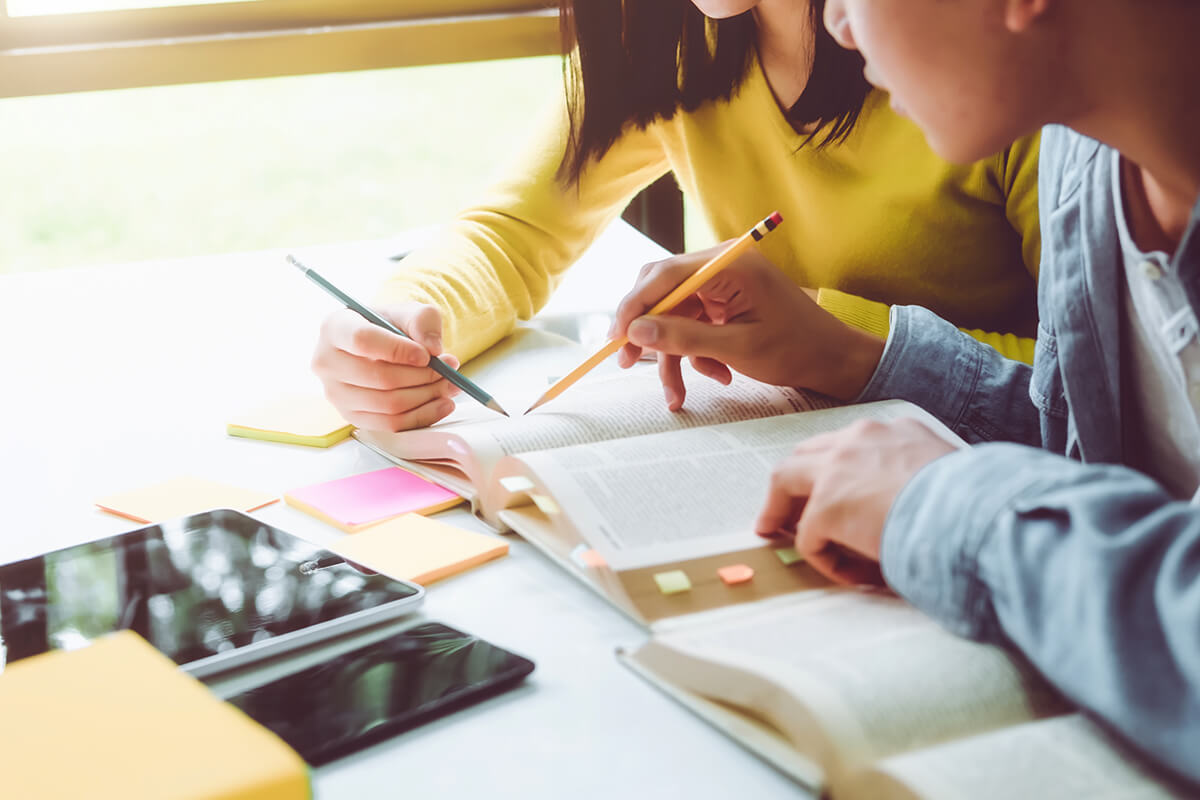 The SIM GE Bursary aims to provide financial assistance to needy students studying at SIM GE. This award is given based on our eligibility criteria, as well as the assessed level of neediness of the applicants. 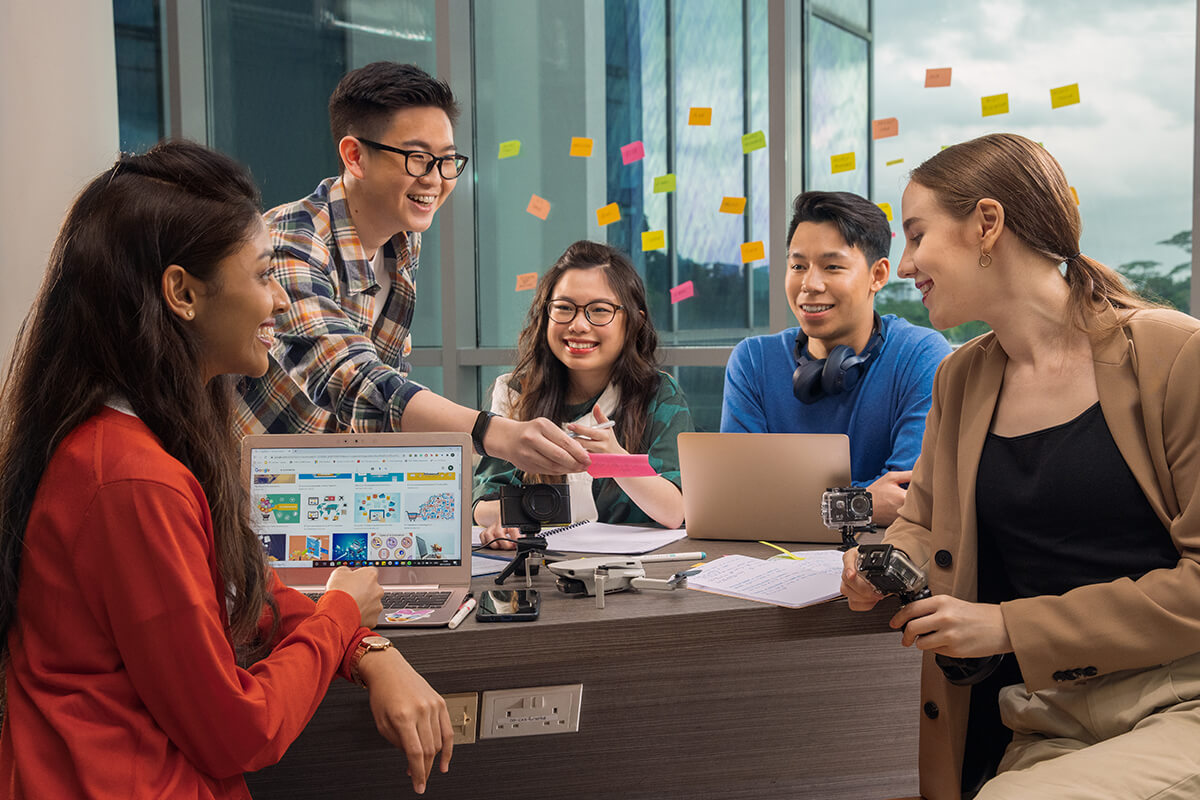 The SIM GE Scholarship is given to students with exemplary academic results or achievements in sports and arts. It is applicable to Singapore citizens, permanent residents and international students.

Speak with SIM's programme counsellors and get advice and support in choosing the best study programmes for your learning.

Explore the array of degrees and diplomas offered at SIM through our partnerships with some of the world's finest universities.