Effective cross cultural communication is becoming more important as businesses expand across borders and become increasingly global. Businesses which are able to communicate effectively and bridge the divide between diverse cultures in a multicultural workforce will gain the competitive advantage. Professor Robert Hoffman, Academic Director Singapore, RMIT University, (pictured below) expounds on the importance of strong cultural literacy for business success. 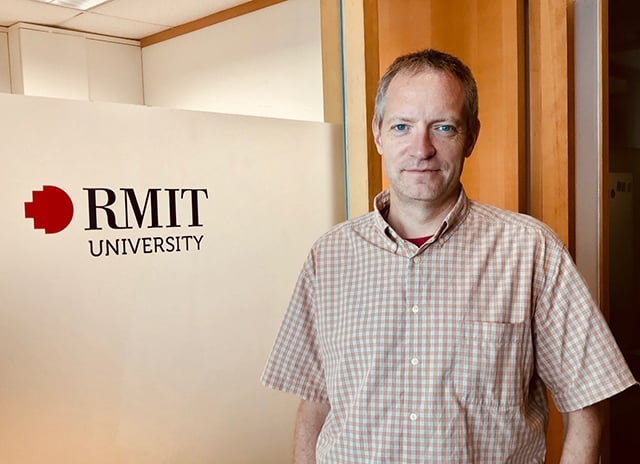 When it comes to globalisation, we are like the proverbial frog that doesn’t notice the rising heat in the saucepan. Few of us have fully grasped how very recent innovations have irreversibly changed how people interact and societies work.

The internet is one much talked-about aspect of this, enabling us to communicate cheaply and instantly across the world more than any time in the past.

The other aspect is transport. It’s not only cheaper and easier for people and objects to travel great distances and make more face-to-face interactions with others from different parts of the globe, they can also buy their goods on a regular basis. For many, a holiday on another continent is no longer a once-in-a-lifetime adventure.

We cannot comprehend all the information that’s available today or sort true from false facts. We often resort to stereotypes and prejudice to make our complex social world more manageable. Some psychologists believe that ethnic prejudice is partly inborn for this reason. In the stone age, people who look or behave differently from us were likely to pose a mortal threat.

Cultural Literacy In A Professional Capacity

The lesson is we can and should overcome the limitations evolution has given us to better deal with globalisation. This is even more important for those who encounter globalisation in a professional capacity – international businesspeople.

International business has come up with a number of ways of how people from different cultures act and think differently. It’s well known that our values differ – Asians tend to be more collectivist, while Westerners value their individual identity relatively more. But there’s more- personalities are also culture-bound, as are the ways we perceive time and risk and deal with money, among many others.

My colleagues and I at RMIT University’s Behavioural Business Lab have identified several ways that define business decision making in different cultures. In one study, we examined the culture of the ethnic Chinese business community that today controls half to three quarters of Southeast Asia’s wealth despite their small number (about 10% of the population). Contrary to popular belief, we did not find that the ethnic Chinese are more Confucian than other Southeast Asians. Rather, their greater belief in hard work and enterprise and lesser reliance on the state are probably the reasons for their success.

We also compared ethnically Chinese (this time in Malaysia) with people from the UK using a well-known survey of culture and found that they differed in half of the 20 or so values that were used as a measure. Overall, the British scored higher in postmodernist values which means they are less materialistic and are less concerned with security and safety. Instead, they care more about self-expression, the environment and a humane, intellectual society.

In practice this meant that the Malaysian Chinese negotiators in our experiment made higher offers to each other compared to British-British negotiation pairs. But when these two nationalities interacted in a negotiation, British negotiators made more generous offers than Malaysian ones. In short, British business negotiators act more as individuals, and Malaysians more as members of their group.

A degree in International Business (IB), such as the one RMIT offers at SIM, can prepare you to develop a global mindset. IB applies different disciplines to the practice of business and managerial decision making – psychology, cultural studies and languages. International trade and finance, cross-border operations and cross-cultural management and negotiation are key topics.

A degree in International Business (IB), such as the one RMIT offers at SIM, can prepare you to develop a global mindset. IB applies different disciplines to the practice of business and managerial decision making – psychology, cultural studies and languages. International trade and finance, cross-border operations and cross-cultural management and negotiation are key topics.

Find out more about the SIM-RMIT Bachelor of Business (International Business) programme here. To see the full listing of SIM-RMIT programmes, click here.