Delve into the world of Artificial Intelligence with New York Times best-selling author Martin Ford as he tackles questions on the future of education and jobs in our exclusive interview.

Delve into the world of Artificial Intelligence with New York Times best-selling author Martin Ford as he tackles questions on the future of education and jobs in our exclusive interview.

Q: What sparked your interest in Artificial Intelligence (AI)?

A: My interest in AI was initially sparked because I began to think about its impact on the job market and economy. I have spent my entire career in computer hardware and software engineering, so I have been very close to the technology and have observed the progress of Moore’s Law at close hand, so that is certainly an important part of the process. Additionally, I started a small software company in Silicon valley in the late 1990s to develop applications for Microsoft Windows. Initially, running this business was quite labor-intensive: software was delivered as a tangible product, including CD-ROMs and printed manuals. All this had to be packaged and delivered to customers, and so there were jobs for workers with limited skills to do all this. However, virtually all this work evaporated within just a few years, and now, of course, software is delivered electronically or hosted in the cloud.  A similar process has taken hold with other information that can be digitized (music, e-books, etc.).

As I observed this process in my own small business, it occurred to me that eventually a similar effect would scale across the entire economy as artificial intelligence and robotics gained traction. This led my to write my first book, which was published in 2009. The success of that book then led to the opportunity to write “Rise of the Robots” in 2015.

Q: This isn’t a trick question but how intelligent is AI?

A: Today’s AI (or machine learning) exceeds human capability at solving many extremely specific problems. However, when we consider general intelligence – the way to solve any kind of problem or to reason the way humans do, no AI system comes even close to human level intelligence.  Most computer scientists think it will be decades, and perhaps even a hundred years or more, before we build a computer with human level intelligence.

Q: How will AI impact innovation and creativity in the classroom?

A: I think AI will play a very important role in education in the future. It will not necessarily replace teachers, but it will be a powerful tool to bring new capabilities to the classroom.  For example,  each student might have a personalized “robotic tutor” – not a robot but a intelligent software application that tracks the progress of that student and offers assistance that is specifically geared toward the way that student learns. Classrooms will likely combine online education with personalized interaction with teachers and there will be opportunities to use simulations or perhaps virtual reality environments to give students “real world” experiences, or perhaps to collaborate with other students in different locations.  In general, I think education is one of the most exciting areas for AI-based innovation.

Q: When you think of what we are able to do with AI, what do you find most unsettling?

A: I worry most about the potential for greatly increased inequality in society as many jobs disappear. In some countries I think this could lead to social instability and political disruption, including the rise of demagogue.  I’m also very concerned about weaponization of AI and the impact on privacy as technologies like facial recognition are used for increasingly sophisticated surveillance.  This is already becoming evident in China, where the government plans to build a very Orwellian social rating system.  In democratic countries will have to make a tradeoff between privacy and security. The choices may be different in various countries, but I think it is important to have an open public discussion about this.

Q: We’ve heard about AI taking away jobs but there is also the counter argument of AI creating more jobs rather than destroying them? What are your views on this?

A: There is no question that AI will result in new jobs. My view, however, is that the number of jobs destroyed by the technology will ultimately outweigh the number of new jobs created. At a minimum AI could ultimately threaten virtually any job or task–at any skill level–that is fundamentally routine and predicable in nature. That could well turn out to threaten half or more of our workforce. I am doubtful that enough new jobs will be generated to absorb all these impacted workers.

It’s important to note that in most cases AI and robotics will eliminate tasks, rather than complete jobs. However, as significant portions of jobs are automated, there is likely to be consolidation that will result in fewer jobs overall. It may take as long as 15-20 years before the full impact of this process is obvious.

Another question is whether the new jobs created will be accessible to most average workers. It may be that the jobs created as AI evolves require very high levels of capability—or qualities such as creativity. It may not be reasonable to expect most of the workers who are now employed in routine, predictable jobs to be able to transition into these new areas.

Q: Can we really rely on AI technologies with 95 per cent accuracy?

A: In many cases, yes. However, the problem is that 95 percent accuracy is not good enough. An obvious example is self-driving cars. Before we can deploy this technology widely it has to be essentially perfect—even 99 percent accuracy would not be even close to sufficient.

However, if you are talking about using AI to generate a report for management then 95 percent—or even less —may well be sufficient.  So our reliance on AI needs to be calibrated to the particular application and to the magnitude of the risk if something goes wrong.

Q: AI: A serious threat to humanity or the key to a better world? What are your final thoughts?

A: I am optimistic about the impact of AI on the world in the long run. AI will be a powerful tool to help solve some the greatest challenges that face us—including climate change, water scarcity, clean energy and global poverty.  So I think the benefits outweigh the downside, but we must adapt our society and economic system or we will see greatly increasing inequality and despair among many workers as their livelihoods disappear.  I think this has already had a political impact, for example in Brexit and in the rise of Trump.  People, are of course, more likely to blame global trade or immigration, but I think technology is at least as important and is sure to  have a much bigger impact in the future.
So our primary challenge going forward is to find a way to address the risks that come along with AI, while leveraging the technology on behalf of everyone in our society so that we create broad-based prosperity. 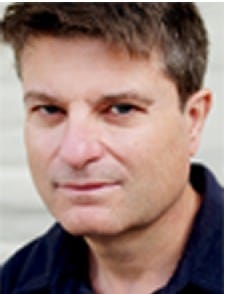 Futurist and author of New York Times best-seller Rise of Robots: Technology and the Threat of a Jobless Future