The Singapore Institute of Management (SIM) launched its rebranded identity at an event in Jakarta, Indonesia on 29 September 2022. Graced by Mr Kwok Fook Seng, Singapore Ambassador to the Republic of Indonesia, the event—held at Pullman Thamrin—was attended by 50 guests, made up of representatives from the Singapore Embassy, Enterprise Singapore, SIM’s corporate partners, and the media.

The launch in Jakarta is the third overseas launch of SIM’s new brand as part of its regional rebranding campaign, after China and India. Singapore, as Headquarters, launched the new identity in July. 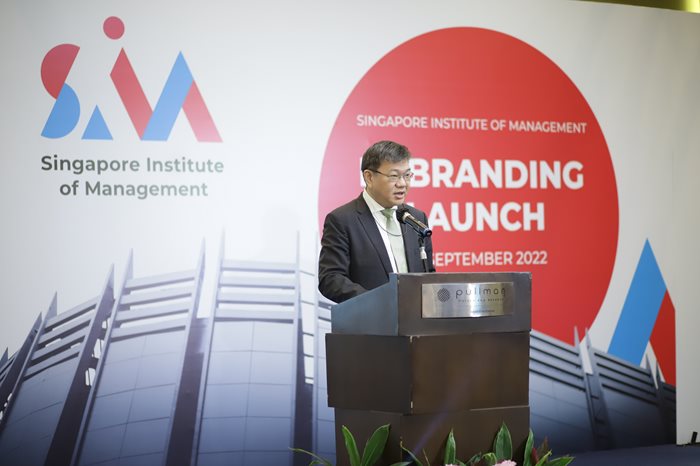 Guest of Honour Mr Kwok Fook Seng, Singapore Ambassador to the Republic of Indonesia, delivering a speech at the SIM rebranding launch in Jakarta. 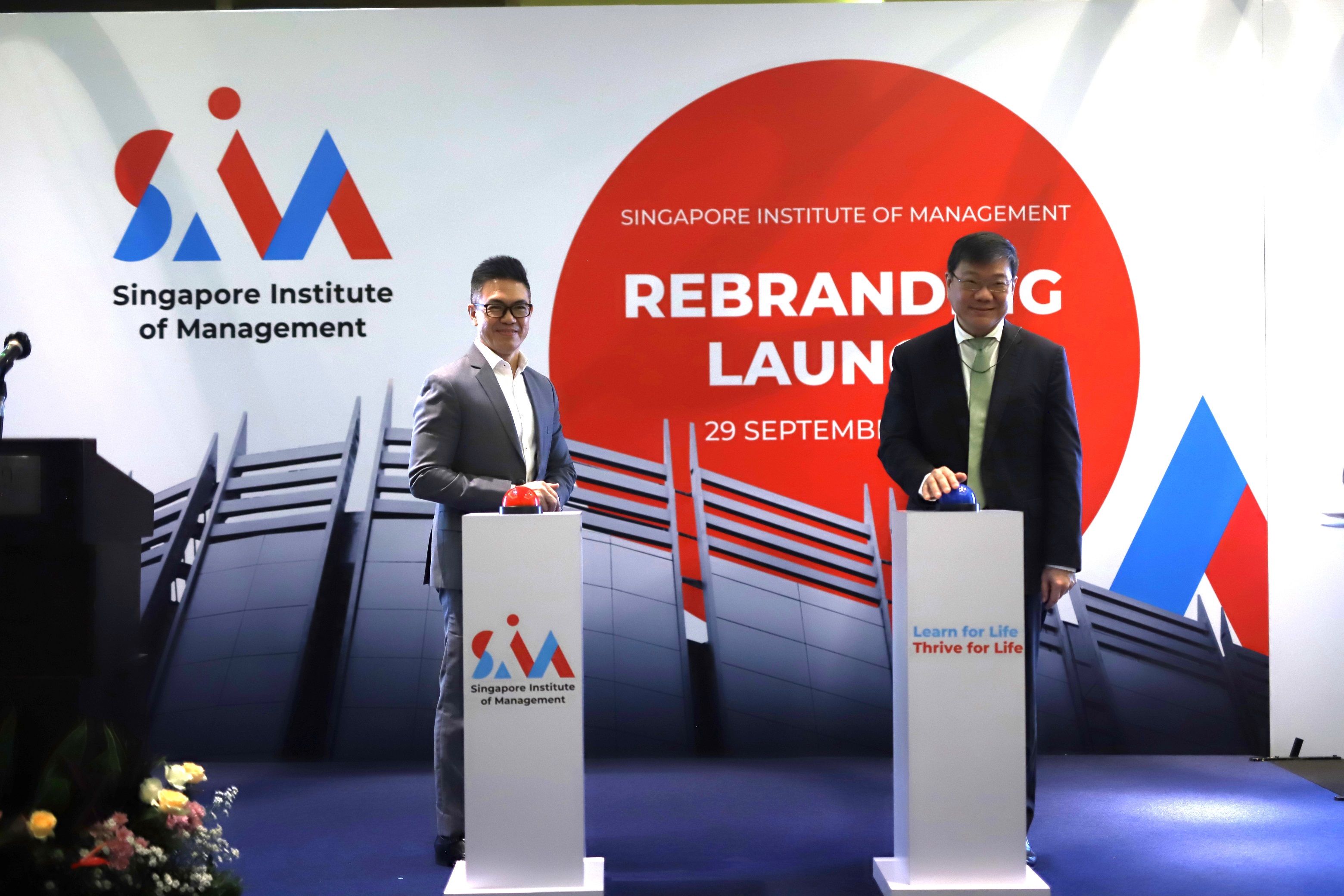 Speaking at the event, Mr Gerald Lum, Director, Brand, Marketing and Communications, SIM, highlighted that SIM’s purpose in rebranding is aligned with Indonesia’s goal to improve its human resources. He noted that President Joko Widodo, in his latest annual State of the Nation Address, had identified education as a priority so that Indonesia can capitalise on its demographic bonus and be ready to face technology disruptions. In the same way, SIM is rebranding itself to futureproof its learners as it pivots to being industry-focused, skills-based and learner-centred. 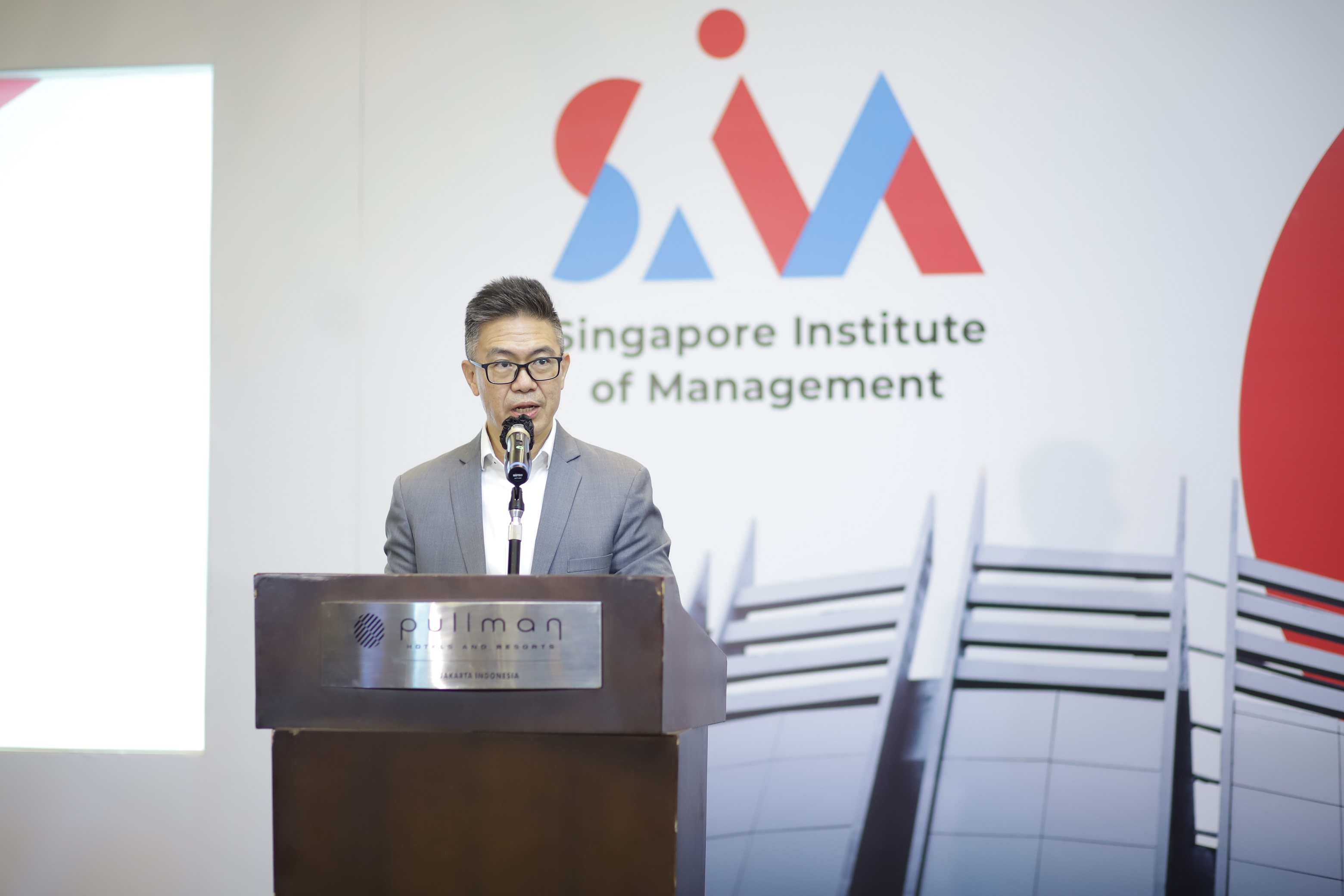 Mr Gerald Lum addressing the audience at the SIM rebranding launch in Jakarta.
In a show of its commitment, SIM inked two Memorandums of Understanding (MOU) at the event. 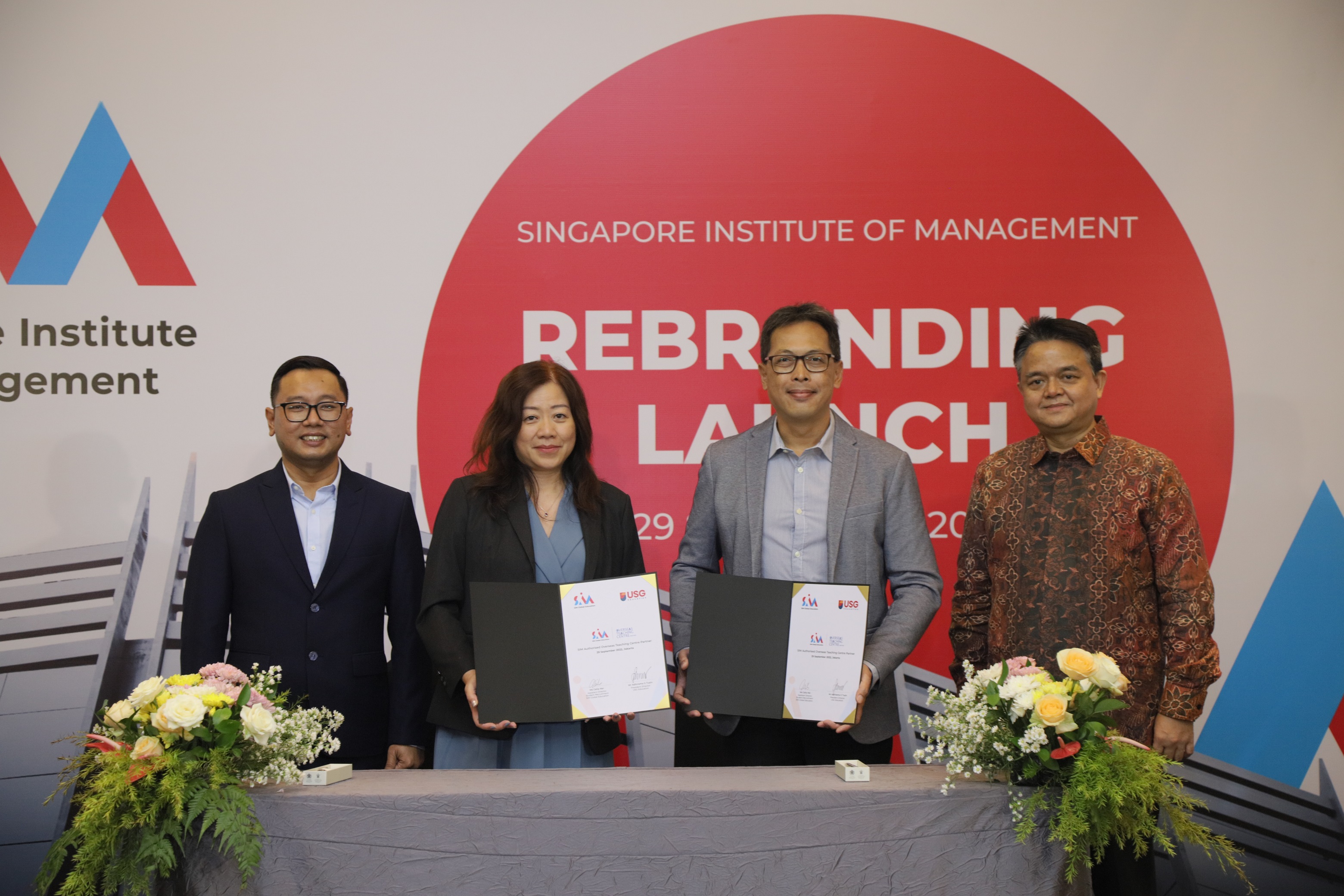 The collaboration with UIC College will enable SIM to bring its in-house diploma programmes to Indonesians and offer opportunities for them to pursue a bachelor’s degree of their choice in Singapore upon graduation. The first intake of students is targeted for April 2023. UIC College will be SIM’s first Overseas Teaching Centre (OTC) in Indonesia. SIM plans to have up to five OTCs, over the next three years in Indonesia.

Mr Yana Poedjianto, Koordinator Umum, Yayasan Pendidikan Kristen Gloria (2nd from right), with Ms Celia Her (2nd from left). The MOU signed will enable SIM to engage students from the school and understand their learning needs for tertiary education, organise seminars and workshops, and facilitate scholarship interviews with SIM.
The SIM Indonesia Representative Office (RO) was set up in 2018, and it was the first representative office set up in the region, due to the demand in quality transnational education from Indonesia. Today, Indonesian students make up 19% of the overseas student population at SIM.