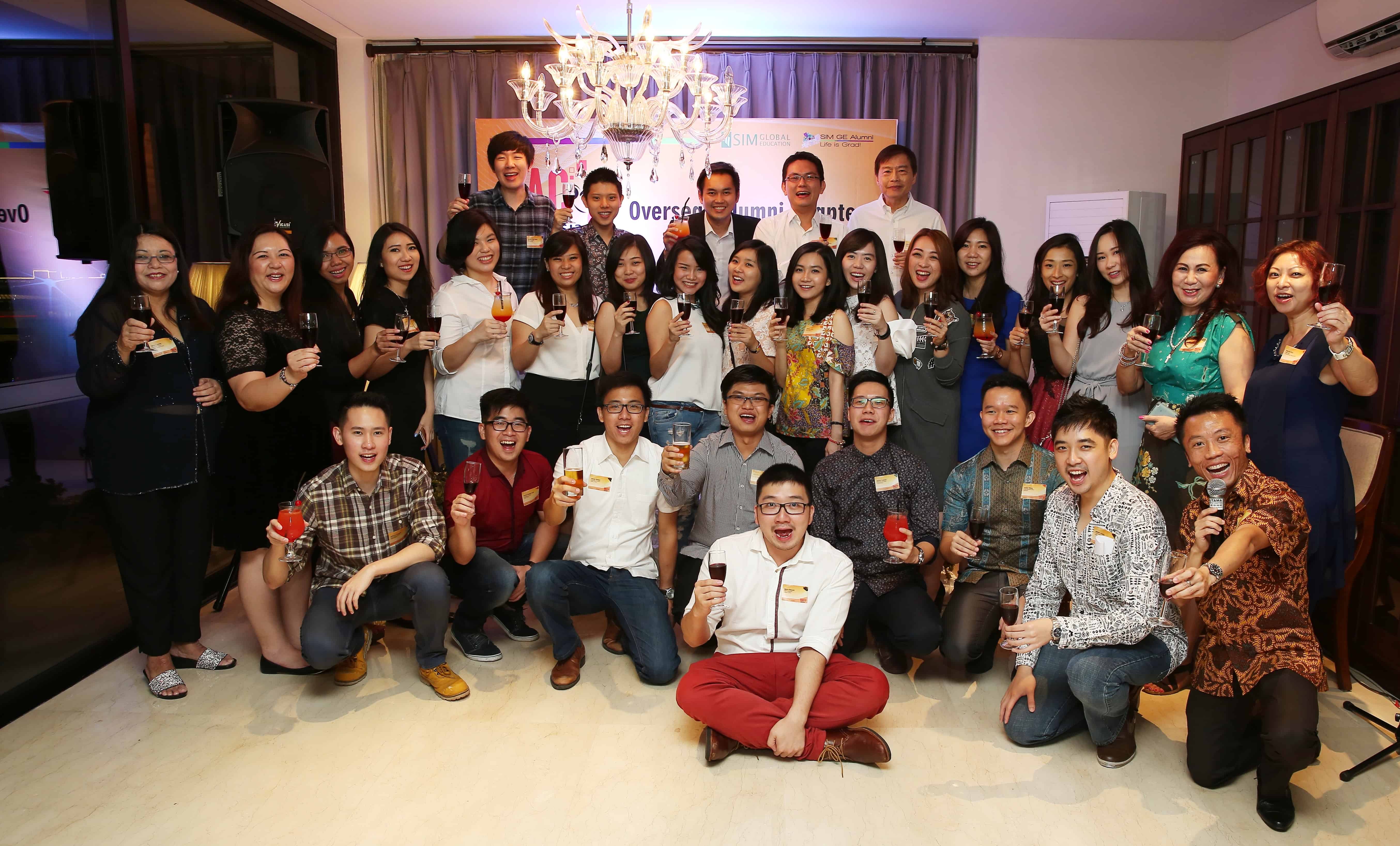 Many friendships were renewed and new contacts were made at our inaugural Overseas Alumni Chapter @ Surabaya event!

Over 30 alumni, staff and guests of SIM Global Education (SIM GE) were gathered under the cool night skies in the eastern Javanese city of Surabaya on 5 March 2016 for the first ever Overseas Alumni Chapter (OAC) reunion here.

This scenic, roof-top event marked the first time that SIM GE Alumni Engagement team had ventured beyond Jakarta on its OAC circuit in Indonesia. The enthusiastic alumni turnout was largely the results of the collaborative organisational efforts of both Jakarta chapter and the newly-inaugurated Surabaya chapter. In attendance too were top executives from Foodpanda and Delihome, two of Indonesia's fastest growing online F&B start-ups, who were invited to share their success formula.

In her welcome remarks, Ms Moira Lesslar, Assistant Director of SIM GE Career Development Office, hailed the entrepreneurial qualities of the local alumni and urged them to help raise the career-readiness of current students through giving back internships or jobs.

Leading by example were none other than young and successful alumni Alvand Gosal (RMIT University, Class of 2008) and Edwin Sugiaurto (University of London, Class of 2011). Both excelled in their studies at SIM GE, went on to bring their family business empires to new heights, yet still found time to serve as the pioneer batch of OAC Surabaya leaders.

Amidst the familial chatter, laughter and exchanging of business cards, it was clear that every local alumni here were realising their career dreams and proud to be in one united SIM GE family. Till next time, terima kasih banyak Surabaya!

To catch what you missed in Surabaya, see here.

To join our Surabaya or Jakarta chapters, or if you have plans to set-up a new chapter in any overseas city, simply email us at gealumni@sim.edu.sg. 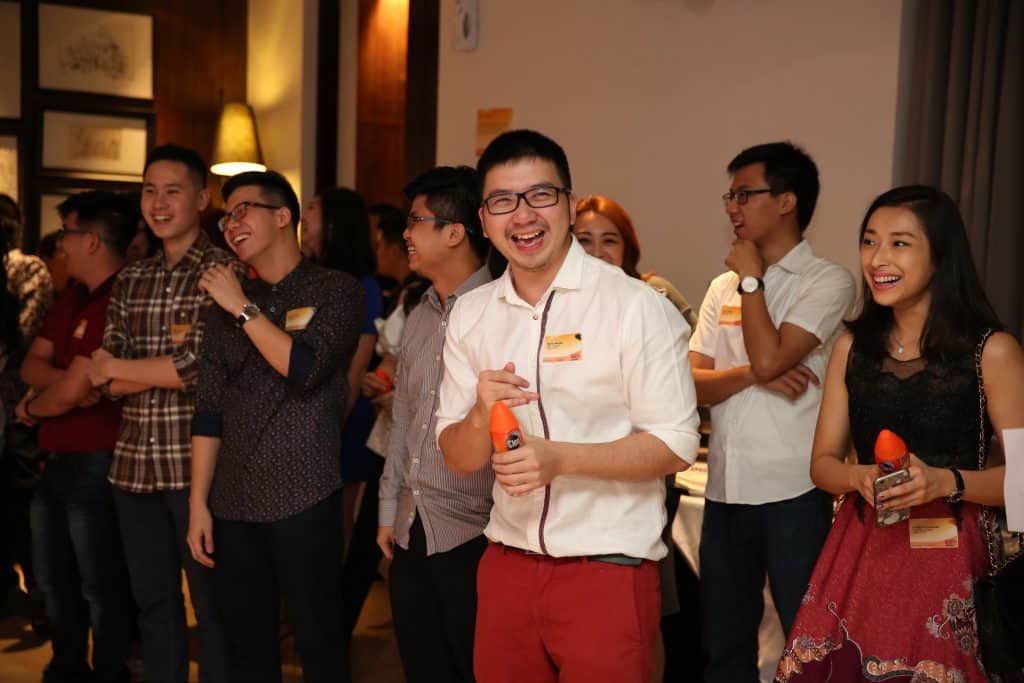 The alumni enjoying the networking and reunion night.